International Martial Arts Time Magazine in collaboration with MAA-I are delighted
to feature Grandmaster Zand on the cover of this month’s issue.
Within the magazine is a seven page exclusive interview which highlights various topics
such as the origin of Sefshin; his blindfolded swordsmanship; information on his
background, and how his book, The Exordium is his source of inspiration.
With over 75,000 copies, this issue has been published and distributed to over 125
countries worldwide. Martial arts organisations, national martial arts federations,
clubs, gymnasiums, international airlines, hotels and consulates, schools, colleges and
thousands of members can will discover more about Mehdi Zand and the art of Sefshin
on the front cover of this exceptional publication.
In regards with this successful achievement Mehdi Zand said, “I would like to thank the
entire IMATM team for giving me this opportunity. I would also like to thank my
students, fans and those who support me – it would not have been possible without
you.”

Due to the popularity of Grandmaster Mehdi Zand, the Chief Editor of MATM has announced that they have released the… 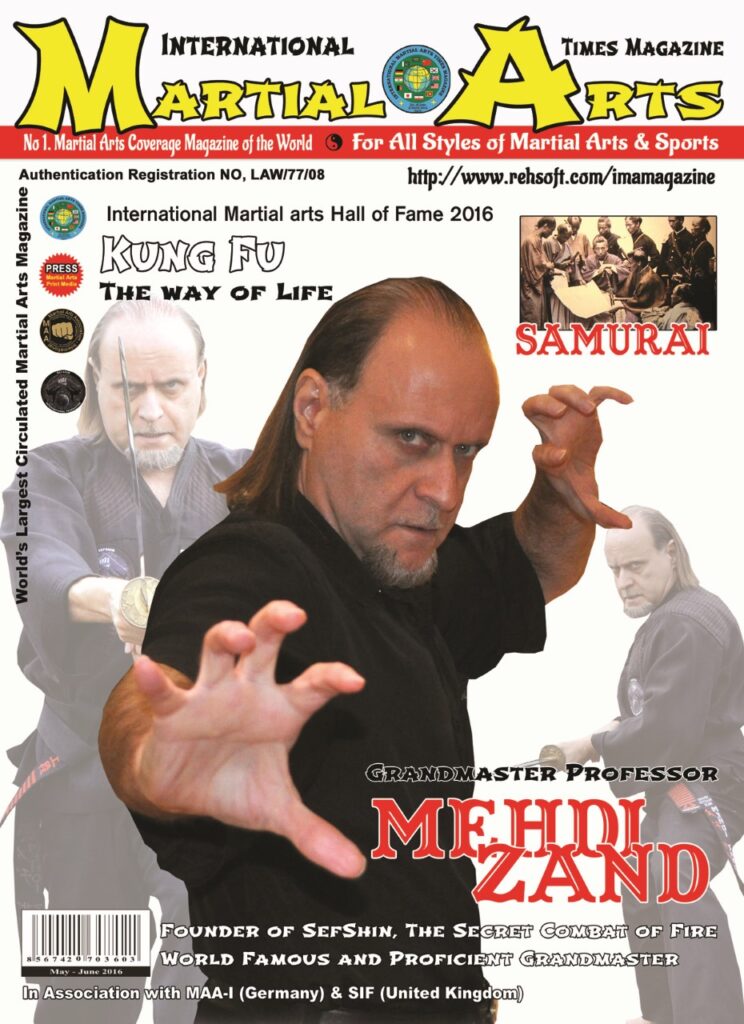 Following up on the 2014 feature on Grandmaster Mehdi Zand, which smashed all previous sales records, Martial Arts Time Magazine…