Mehdi Zand on the latest cover of Combat international (The World’s
Greatest Martial Arts Magazine)
Stay Alive with Mehdi Zand is the title of an exclusive two part interview with the UK
based and oldest martial arts magazine in the world. His image is now on every major
newsstand around the globe.
Here Mehdi Zand talks openly about his background, his unique philosophy and how
the Exordium has influenced the development of Sef Shin, the secret combat of fire.
With more than 132,000 copies published worldwide(more 120 countries) everybody
will get a chance to find out who Mehdi Zand is and what has motivated him to become
one of the most highly decorated and well known martial artists in the world today.
This issue marks Grandmaster Mehdi Zand’s biggest and greatest achievement in the
UK and Europe to date, click here to read the interview.

Due to the popularity of Grandmaster Mehdi Zand, the Chief Editor of MATM has announced that they have released the…

Following up on the 2014 feature on Grandmaster Mehdi Zand, which smashed all previous sales records, Martial Arts Time Magazine… 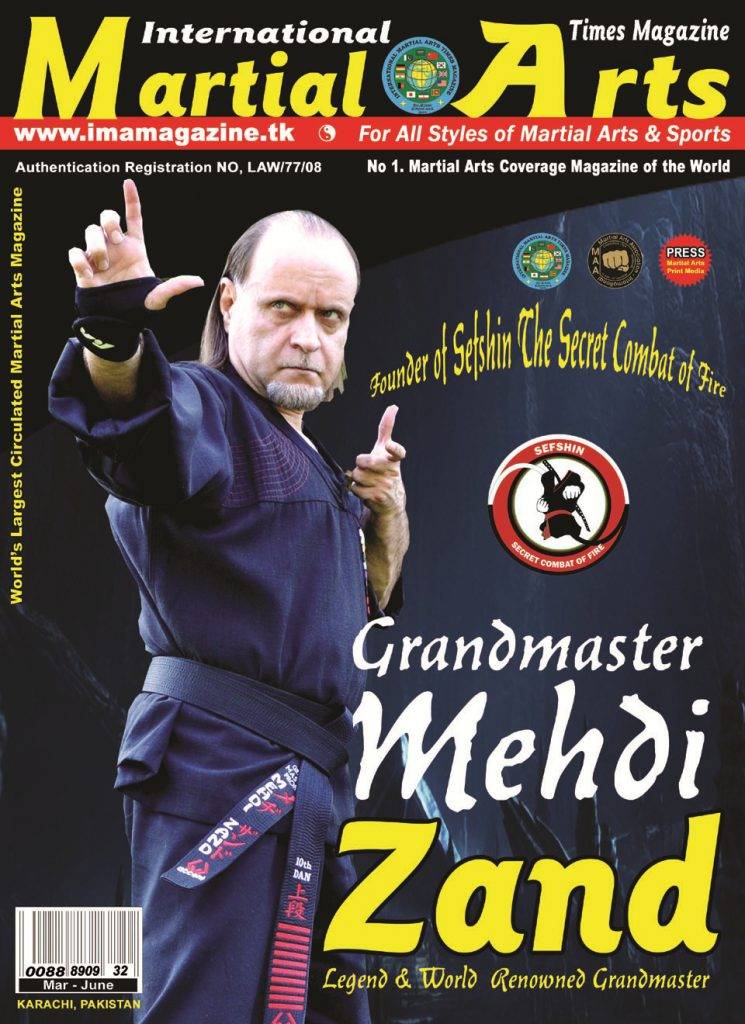